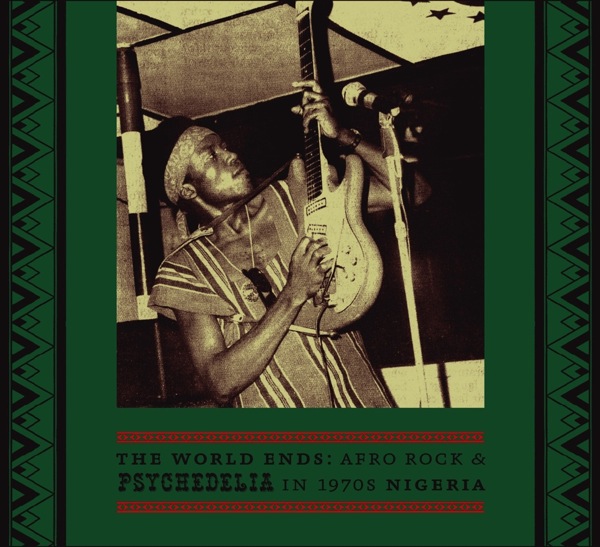 We joke about it with rapture-related humor, or make ‘entertainment’ out of it with movies like 2012, but there really was a time when folks thought the world was truly going to end. 1968 saw many parts of the world experience student- and worker-led protests, political upheaval and the assassinations of Martin Luther King, Jr. and Robert F. Kennedy. People could be forgiven for thinking the end-times might be near – particularly citizens of Nigeria, which was in the grips of a civil war that raged from 1967 until1970.

This recent compilation from the inestimable Soundway label gathers together a choice handful of the music made in the years that followed the Biafran war as Nigeria’s artists expressed their hopes and fears through song. While this double-disc collection bears the ominous title The World Ends, and the material touches on the political strife (the Mebusas’ “Mr. Bull Dog,” “Life’s Gone Down Low” by the Lijadu Sisters and the title-track by the Black Mirrors) it’s ultimately a record of hope, and an enjoyable listen.

Young Nigerians took the psychedelic rock of the American counter-culture and married it to the more danceable traditions of afro-rock and found cathartic release in their creations. Contributions from the Funkees and Chuck Barrister & the Voices of Darkness are two sides of the same coin, both speaking to the aspirational nature of the music made in this period with “Breakthrough” and “Be Kind, Be Foolish, Be Happy” respectively.

Thankfully their hopes were realized and the world didn’t end – and thank goodness or we wouldn’t be around to hear this record.