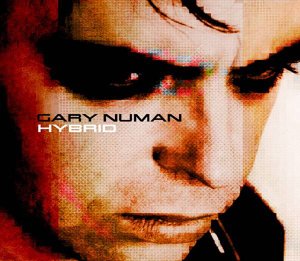 I was just turning 14 when Ric Ocasek and Greg Hawkes of The Cars stopped by a young Toronto rock station and had free reign of the airwaves for a couple of hours. (As you can guess, those were different times.) They played a bunch of new punk and electronic singles, unheard slabs of synthesized pop, drone and desperate pulse by the likes of Suicide, The Normal and a very British little concern called Tubeway Army. Immediately, a whole new world of shared unease opened up for me. Most striking was the flat affect of Tubeway Army's "Praying to the Aliens" -- it wasn't sci-fi; it was essentially about submitting to a society in which one didn't feel a rightful place -- and the next day, I went to the mall with my mom and bought the album, Replicas, from which it came. The album (reissued a few years ago on CD by Beggar's Banquet with extra tracks) featured a bleached-out loner named Gary Numan unveiling a clockwork trove of electro-missives from the sunken heart. "Me! I Disconnect from You", "Down in the Park" and, especially, "Are 'Friends' Electric?" were plaintive cries from a solitary figure cornered by the suspicion and mistrust engendered by the approaching conservatism of the futurist 1980s. When he started, Gary Numan was an openly gay man adrift in a horribly straight world. But his songs made sense to anyone who felt ostracized and frighteningly alone. By the end of the year, though, Numan lost course in the cold simplisms of "Cars", and he rode out the new decade as a one-hit wonder readymade for the remainder bins. Twenty-four years later, The Cars are part of the classic rock soundtrack looping at that same Toronto station, Gary Numan has taken a (female) partner and fathered a daughter, and a new wave of club mixers has come calling. Hybrid, a two-CD sprawl inspired by fan and executive producer Steve Malins, is a bottom-up revision of Numan old and new. Flood, Andy Gray and Alan Moulder stretch, distort and push lingering sentiments into new forms. If the brand-new songs ("Ancients", "Hybrid", "Crazier") seem dispiritingly 1995, the overhauls of material ranging from 1978's "Everyday I Die" to 2000's "Listen to My Voice" breathe an even more human warmth into the chill. Most delightfully, the standouts are revisits to Replicas: "Down in the Park" has an even gloomier resonance in its two reworkings (by the Curve and Monti); "Are 'Friends' Electric?" is the echo of a lost soul still trying to find a way out. The stark topper is Moulder's wobbly, shredding take on "Me! I Disconnect from You". "I could feel his mind decaying/Only inches away from me/And I disconnect from you" Numan intones, and the fear of 1979 becomes the all-too-true loss of 2003. This is stark reality, not a sentimental journey