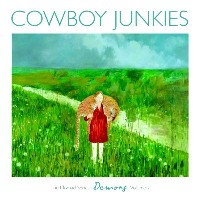 It's been almost 24 years since Cowboy Junkies first gained their claim to fame releasing The Trinity Session to overwhelming fanfare and critical adoration. But during that time period the band has continued to release a slew of records without missing a beat.
With Demons, their second album in a four part series by the band known as the Nomad Series, Cowboy Junkies pay tribute to the late great Vic Chesnutt by covering some of his greatest songs.
Using their distinct sound of wailing guitars, atmospheric organs, and the ghostly vocals of Margo Timmins, The Junkies sweep through Chesnutt's catalogue and throw their own twist to some of his favourites, a perfect addition to the original recordings.
For fans of The Trinity Session, this album will show diehard fans and new ones alike that the band hasn't faltered in their storied career and continues to show the same enthusiasm and exploration for crafting some of the best rock n' roll covers around. These guys may be the best bar band of all time.