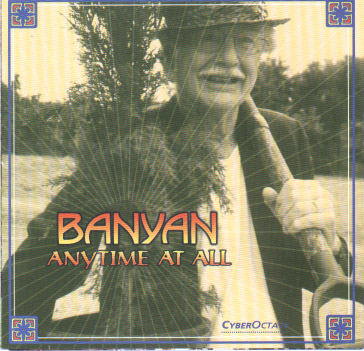 Banyan the living organism is an East Indian fig tree whose branches send out shoots that reach into the ground to form secondary trunks. Banyan the band is a large collection of well-known artists (Mike Watt, Nels Cline, Flea, Buckethead, Rob Wasserman and Bad Azz) jamming with drummer Stephen Perkins (Jane's Addiction, Porno for Pyros and Infectious Grooves). Which one of these you want in your living room depends on the kind of space you have and your tolerance for fusion funk jams that just go on and on. This should, in theory, be good as there is quite a diverse group of musicians who often appear in other collaborations (Nels Cline with Thurston Moore) or collectives (Buckethead with Praxis) or are simply legendary (Flea and Mike Watt). However, it falls apart because there is no real cohesion in the music. The first two songs, "Buzzards and Worms" and "Justine", are pure fusion while track 3, "Steel Head", is funk (featuring Bad Azz on vocals) and track 8, "Keep the Change", is a drum 'n bass number that borders on ambient. I think if Perkins penned all the songs, there might be some cohesion as this could then truly be his project, but he shares writing duties with his counterparts or has them write the songs all together. By far the worst track is "Sputnik" written by Perkins, Buckethead and Mike Watt. It sounds like a Joe Satriani jerk-off session featuring a seven-minute guitar solo that I'm sure is meant to paint pictures in your mind but by the end will induce a techno-colour yawn. Although this is a well-played album featuring a lot of big names, that is all that this album really is. Big names playing boring songs but playing them well. If Banyan keeps going (the band, not the tree species) then they should improve. Recommended Tracks: "Keep the Change", "The Apple and the Seed" and "Steel Head"