A look at some of the best jazz had to offer in a very good year.

The show is two hours of the best in jazz, funk, and soul.  There are 3 segments in the show, The Vintage Track reaching back to some classic old tunes, The Spotlight – a two track feature of an artist and their music (usually new), and The Three In A Row – three tracks of uninterrupted pleasure that have a common thread.
These features are all connected by some appreciable music and the most laid back voice you’ll ever hear, with your host Shelley G. 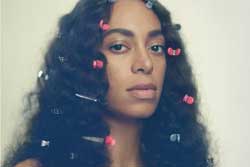 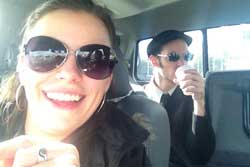 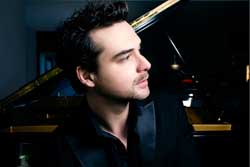 June Garber – This I Know – (Self-released)

June Garber’s This I Know always finds it’s way to my stereo at home or a playlist on my show.  What has kept me spinning this record is in part, the authenticity of Garber’s vocal delivery.  Her voice is warm, beckoning and emotive. It gets me every time I listen.  The other part is the interaction of the musicians who support the songs, not only amongst themselves but with June Garber as well.  They are so intuitive, smooth and expressive with the music.  It all works together beautifully.  You’ll want to light a candle and pour something of good quality with this one.
http://Junegarber.com
https://www.facebook.com/June-Garber-23762233212/

Sienna Dahlen’s voice is lush and haunting.  It’s the kind of voice that stays with you long after the music has faded.  On Ice Age Paradise this is accentuated by the string arrangements on the album.  I was impressed by the expansiveness and sheer physicality of the music.  By that I mean it had the ability to sweep you away to some lunary world and Dahlen's voice is the only thing that keeps you tethered until it too drifts away - particularly on "Drifting Daydream".  You are once again delivered to dreamland with the last track "Reappearing Dream".  It's exquisite, really.
www.siennadahlen.com
https://www.facebook.com/SiennaDahlenMusic
https://twitter.com/SiennaDahlen

Toronto’s Parker Abbott Trio has created modern, beautifully textured and mood- making music using a variety of keyboards and rhythm on Elevation.
Teri Parker and Simeon Abbott are very responsive to one another on the keys, and Mark Segger is masterfully creative with the drums. The three give space for the songs to breathe, allowing for a rich backdrop of sound to come through.
The album when taken as a whole is really uplifting, though each song can carry it’s own weight.  This is one of my go to albums to relax to.
http://www.parkerabbotttrio.com
https://www.facebook.com/parkerabbotttrio/
https://mobile.twitter.com/parker_abbott3

No Filter, Kaeshammer’s eleventh release charms with a certain relaxed authenticity. Michael Kaeshammer has never been more present in his music than he is on this album.  He sings because he loves to sing, he plays piano because he loves to play. Listen to the track “Sunset”; it’s a beautiful end of day meditation. http://www.kaeshammer.com
https://www.facebook.com/michaelkaeshammer
https://twitter.com/kaeshammer

The legacy of one of jazz’s finest bassists Charlie Haden carries on in Time/Life.
The album starts with Miles Davis’s “Blue in Green” and concludes with Haden’s own “Song For The Whales”. These are the last two live recordings of Haden with his Liberation Music Orchestra recorded at Middelheim Jazz Festival in Antwerp, Belgium.  Before Haden got a chance to record these in the studio his health failed.  His wife, Ruth Cameron decided to see this project through and pianist Carla Bley reworked her two of her own compositions “Silent Spring” and “Utviklingssang” to be included on the disc.  The title track “Time/Life” is a requiem that was written by Bley and gifted to his wife after Bley heard of Haden’s death.  The album is mesmerizing and poignant.
www.charliehadenmusic.com/music/liberation-music-orchestra

When I think of that New York jazz cachet I think of the Bill Charlap Trio.  Bill Charlap on piano, bassist Peter Washington and drummer Kenny Washington have been playing together since 1997.  Twenty years is a long time yet that is precisely where the magic is.  The trio moves together in a nuanced and elegant fashion, playing to each other’s strength. It’s as if Charlap’s piano is singing the song, Washington’s bass is meaty but never overbearing and Kenny Washington’s drums are gentle yet still propulsive. When you put this disc on the player you are transported to one of the storied jazz clubs of New York.  The only thing missing is the gentle clinking and chiming of glasses – but you can provide that easily enough.
www.billcharlap.com
https://www.facebook.com/bill.charlap.jazz/

Cory Weeds has added to his burgeoning discography with It’s Easy to Remember ft. David Hazeltine.   The fact that he has a record label Cellar Live, and a large network of musicians, affords him some unique opportunities and it’s to our listening benefit.  I think of Cory Weeds as a classic sax player, it’s solid, not a lot of frills.  He has a wonderful soulful side, he can swing like crazy, and he can set things up for some seriously inspired playing.  This is I believe one of his gifts.  Weeds has a knack for bringing together just the right musicians and creating a unique vibe that everyone falls into.  On It’s Easy to Remember, he’s captured that New York sensibility.  The music is intimate, it swings and it makes you say, “Yeah, this is jazz!”
Susie Arioli – Spring – (Spectra Musique)

I loved Spring when I first heard it at the beginning of the year and still do. Clearly Don Thompson who directed the album was inspired by the not only the classic songs but by Susie Arioli’s originals as well. The season of spring is synonymous with renewal and freshness and this album hits that in every way.  Montreal’s Arioli has established her songwriting talents with several of her own songs on the album starting with the jazzy “Loverboy”.   The album has boundless energy thanks to a wind section and rhythm collaborators that have great instincts.
http://susiearioli.com/en/
https://www.facebook.com/jazz.susiearioli/

My Son The Hurricane – Is This What You Want?! – (Vegas Funeral Records)

Led by the creative imagination of drummer Danno O’Shea, My Son The Hurricane has blown apart any box that people have tried to stuff them into.  Quite simply they are original. On Is This What You Want?!  the energy is contagious, and we have MC Jacob Bergsma to thank for that along with his foil Sylvie Kindree who provides a little breathing room with her vocals.  This band of brass and rhythm is a walking party all on their own, with messaging that is on point.  Combining their skill and dynamism with the energy of a crowd, it’s easy to see how they can blow the roof off a venue.  If you haven’t heard MSTH, you’re behind the times, best to catch up.
https://www.facebook.com/mysonthehurricane/
http://www.msthofficial.com
https://mobile.twitter.com/msthofficial

Desert Star is my first introduction to the Julian Taylor Band and I am most pleased to make the acquaintance.  This is a very ambitious double album that has diversity as a cornerstone.  Julian Taylor has embraced his multi-dimensional nature and channeled it into music that incorporates a sound that is soulful, funky, and a little rocky, without following the typical prescription for those genres.  It sounds like music that is real and means something to this band.  Best of all, it’s knit together by Julian Taylor’s alluring voice.  There is something for everyone on this album and it’s worth checking out.
http://juliantaylorband.com
https://www.facebook.com/thejuliantaylorband/
https://mobile.twitter.com/jtaylorband

Anita Eccleston hails from Kamloops originally and now lives in Vancouver.  Her album More Trumpet has just been released. The album showcases Anita’s ability on the trumpet, which on this album is clear, playful, and decisive without being strident. It very tastefully accentuates her warm soulful and caramel toned voice.
Anita has played and continues to play a variety of genres, however I can’t help but think that she has a jazz heart. She has taken on these standard jazz nuggets and has added an element that I haven’t heard before.  Both Anita and her band treat the music with certain gentleness that allows everything to be heard and savored.  More Trumpet is clearly her best work.  You’ll be hearing more Anita Eccleston and More Trumpet on Jazz on the Rocks for sure.