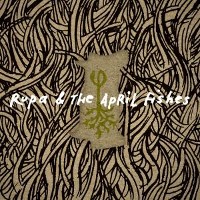 Rupa and the April Fishes have come out with an astounding album for the musical ears of 2012. Almost every twist and turn is a surprise and the styles of songs are as diverse as a sack of Halloween candy. With musicians Aaron Kierbel, Safa Shokrai, Misha Khalikulov and Mario Alberto Silva hailing from around the world, it's no wonder that the album is able to offer such a plethora of flavours. Rupa herself comes from a Hindustani background and possesses a passion for travel, languages, social change, as well as music.  The talent is incredible and seems to come together in a beautiful quilt work of sounds that can easily appeal to many cultures and tastes.

BUILD is composed of 12 songs focusing on themes of globalism, capitalism and demoralized societies. It is an album of political messages and social change aimed at speaking to the world. Most of the songs are in English but  Spanish and French also turn up, sung by the incredibly talented and sultry voiced Rupa whose vocal prowess is something to be reckoned with.
It is almost impossible to describe this album in one paragraph for it's diversity is immense. "Sur La Route" is a spicy latin-jazz number sung in french with some more edgy experimental instrumentation that is an opening of the mind. "Guns of Brixton" has a more reggae feel. "Like I Do" is a saucy offering with a lively french cabaret and swing mood. "Firewater" verges on a gypsy jazz flavour verging on a Tom Waits influence. All of these and I haven't even mentioned the indie-pop feel to songs like "Inheritance," the simpler singer-songwriter numbers like "Metamorphosis" and the countless instrumental surprises, weird sounds and aural textures imbedded into almost every song.