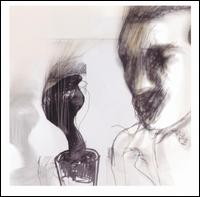 The latest by Milwaukee trio Pele is an eight-song exploration into the world of avant-garde jazz-pop. Much like fellow instrumental post-rockers, Tortoise and The Sea and Cake, Pele is successful in creating an organic rhythmic sound with little help from computers. When they do utilize digital technology, it is used in such a way as to manipulate the way the instruments sound, rather than to create the sounds themselves. Enemies has a warm and inviting, closed room feel which runs through the entire record; probably a result of its being recorded in a shower room. On album opener "Crisis Win," the listener is assaulted by a barrage of staccato handclaps and driving drums before the group breaks into a seemingly-effortless layering of fluid basslines, carefully crafted guitar licks and synthesizer washes. "Safe Dolphin," too, features the group's proficiency as players while on "Hooves" and "Super Hate" they prove that, despite their obvious love of sound, they also embrace the minimal, recognizing the beauty in the sparse and the silent. From track to track, the quality of the music remains consistent. While "Hummingbirds Eat" is a showcase for drummer Jon Mueller's mad skills, it also is a snapshot of a group on top of its game.becoming one: a true musical unit. Album closer, "Cooking Light," is a jam that brings together reggae funkiness and the improvisation of free jazz. Like a good friend, Enemies can either be turned up or tuned out, depending on your mood. It can be the soundtrack to some afternoon reading or the focus of intense auditory analysis. Drunk or sober, stoned or straight, Pele's Enemies is a must-hear for fans of instrumental post-rock.