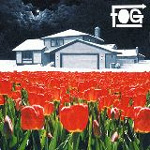 This is a strange album of lo-fi indie rock, samples, and scratching. There isn't much out there like it, so I will describe it as a soundclash between Radiohead, Beck and Kid Koala, with no clear winner emerging. Guitars and drums are used to create the backbone of most of the tracks. Many of the other tracks feature scratching and other turntablism tricks, which at times become very annoying and overpower what could have been decent songs. An overused sample of a harmonica combined with an extended scratch may be the worst culprit. There are actual songs on here, with male vocals. It's difficult to make out any song structure or message he's trying to get across. In all, it is a weird album that crosses a lot of boundaries between different genres. I couldn't say exactly who it is aimed at. My best guess is people who like their pop way out there, with the addition of some studio tricks to provide even more odd noises. RECOMMENDED TRACKS: "The Smell Of Failure", "Hitting A Wall", "Glory" - Philip Downey, CFBU Radio, St. Catharines, ON