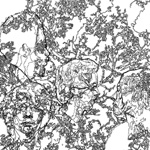 Visionaries, for some reason or another, are able to delve into configurations and catharsis in ways that no one else can. Therefore, it must follow that musical visionaries have the ability to create sonic upheaval that no one else would have even fathomed. If said musical action actually does happen, either a highly unlistenable but critically lauded record is released (anything by Sunn O, Khanate or Today Is The Day), or an extremely unconventional, but tremendously enjoyable album makes its mark. 90 Day Men's sophomore release To Everybody falls into the latter category. Fragmented (where's verse-chorus-verse when you need it?), inspiring, and liquidy in its ability to slither in and out and of genres, To Everybody accomplishes the exact opposite of the title's mandate: it's inevitably going to alienate more than a few. But when the band muses, "God, Morrissey is such a bitch/But at least he's right," you know that 90 Day Men are on to something. The Smiths could get damn whiney at times, but they made sure you always got emotion out of the experience. Ergo, 90 Day Men tends to get wildly unpredictable, but the clear guitars, prominent piano and the sometimes sung in baritone (other times screamed) vocal delivery alternates between enjoyable and indiscernible. Like, when was the last time you had such unpretentious fun? RECOMMENDED TRACKS: "Last Night, A DJ Saved My Life", "We Blame Chicago", "A National Car Crash"