It has been said Jason Raso has a jazz head and a funk heart. The two have been introduced in The Red Arrow, released this summer.

Read our interview with Jason, 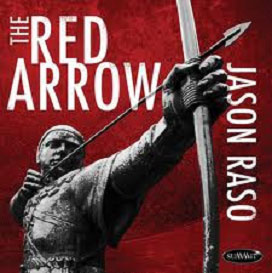 Bassman Jason Raso’s journey from funk into jazz could be chronicled into an intense musical reformation cumulating in his sixth album The Red Arrow. His tastes. like his influences, range widely. Read more about Jason rason in our September interview.

Here is what got Jason groovin' this year...

My Top 5 Records of the Year

Artists like Ndegeocello are very rare. I never know exactly what to expect but she always delivers the goods. Regardless of style, she always sounds like herself.

Hearing Bobby Broom (my favourite guitar player on the scene today) tackle a selection of Stevie Wonder classics is a real treat. Here we have some great musicians delivering some great songs.
www.deepblueorgantrio.com

The original lineup reunites to deliver Rocket Science. In my opinion, it’s their best album since 1992’s UFO TOFU.

One of my favourite albums of the early 90’s was Lean Into It. The original lineup reunited to record What If. This is a really solid album that brought me back to my rock roots. This was my favourite driving album of the year.