My Son The Hurricane

Signed to Vancouver's Copperspine Records, My Son The Hurricane is a modern twist on the old brass band sound. They have had had amazing success at festivals like SCENE, Hillside, and IndieWeek as well as features on MuchMoreMusic and ExploreMusic. The sky is the limit with this 13 piece brass funk hip hop beast! 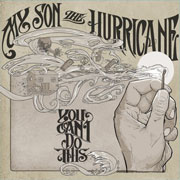 My Top 3 records of the year

Two Crown King are friends of ours from London, ON. We've played a bunch of shows with them over the last few months, and they've been incredible. They are a funky hip-hop band with a bunch of groove and soul that sets them apart from a lot of other acts. The band is super tight live, and their self-titled album is always spinning in my car.