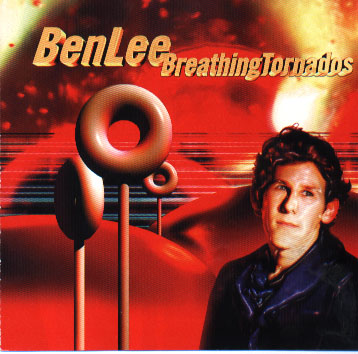 The name "Ben Lee" is attached to a lot of hype. At the age of twenty, he's already released two other solo records (1995's Grandpaw Would and 1997's Something to Remember Me By) and is well past his grunge-rock phase (which involved his former band, Noise Addict). Thurston Moore and Mike D. are quick to sing his praises. Jon Spencer Blues Explosion drummer Russell Simmons even goes as far as to call Ben "the future of rock and roll." So does Breathing Tornados, Lee's latest work, live up to all this hype? Unfortunately, the answer is no. Breathing Tornados is a pleasant enough album, and it does have a catchy tune or two (such as "Tornados" with its sampled horns and organ riffs). But it's pretty boring overall. The addition of some electronic blips and bleeps does nothing to enhance the songs, except when used sparingly on tracks such as "Nighttime" (which was co-written with Petra Hayden of That Dog). Lee's simply structured songs are best when stripped down to acoustic guitar; the extra flourishes added result in an album that sounds too slick and overproduced. "Burn to Shine" is a nice little ditty, until the drum machine kicks in and the song begins to sound like every other pop tune that's playing on the radio these days. Lee has developed lyrically over the past three albums; he's moved away from singing about his crushes to penning songs about his own growth and detachment from his environment. Lines like "today a boy became a man" point out this attention to maturity. It seems, though, that Lee is becoming too concerned with sounding mature. He has lost his focus on writing the enjoyable, solid songs that dominated Grandpaw Would and which became less evident on Something to Remember Me By. Growth is certainly necessary for an artist to develop, change and perfect his/her craft. Ben Lee has many years ahead of him, and it will be interesting to see what direction he decides to take his songwriting next. For now, the insubstantial, fluffy songs on Breathing Tornados make me long for the innocent and catchy tunes of his past. Recommended Tracks: Nighttime, Tornados