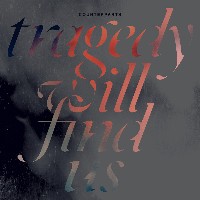 Mid to late 1990s hardcore had progressed to a point where the intricate precision of melodic punk rock was blended with heavy aggressive breakdowns of the older school of hardcore. Skipping past the post-90s screamo eyeliner fad, the second half of the 2000s so far have brought out music in one of two realms; on the one hand, extreme technicality, using complex time signatures coupled with abrupt start-stop changes. On the other, slower sludgier songwriting has sought to exploit extreme heaviness with lower tuned guitars. Beyond all the screamo, deathcore, and sludge-metal trends of the past decade and a half, there existed that underlying enticement of melody over brutality, where groups like Modern Life is War, With Honor, and Comeback Kid gained incredible followings in hardcore circles. Hamilton band, Counterparts, released their fourth full length, Tragedy Will Find Us, in September 2015, but do a perfect impression of a melodic hardcore release from 2000 with tasteful touches of current hardcore trends.

Tragedy Will Find Us certainly carries moments of brutal heaviness, which do wind up touching on the side of deathcore, such as the ending bars of “Stranger.” However, even so, one of the things that makes this album such a solid throwback to the earlier period, is that they haven’t detuned their instruments multiple octaves, perhaps even opting for the classic 6-string electric guitar, a reminder that hardcore doesn’t need to be composed entirely in bass clef register to be heavy. The half time breakdowns are severe, but frequent guitarwork sides on Envy’s postrock fringes, for instance with the ending of “Burn.” Some moments sound like the melodic noodlings of Shai Hulud, while others allude to the subtle technicality of bands like Misery Signals, requiring some guesswork.

Hardcore music doesn’t need vocalists who can whine on pitch. It doesn’t require a bass drop and the bottom three strings of a 9-string guitar. Writing in complex, additive, or irrational time signatures isn’t necessary. Hardcore can be beautiful and heavy without any of the modern gimmicks that have become convention. Counterparts has once again shown this on Tragedy Will Find Us by employing a genre thought lost.