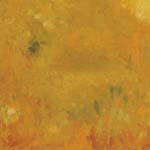 Where Leaves Block the Sun, Bevel's (a solo project from Drunk and Manishevitz's Via Nuon) second album, begins with a beautifully starry slice of instrumental brilliance; rolling guitars, luscious strings, pedal steel peeking through a perfect song to wake up to elegantly gentle with a touch of whimsy. Nothing less than what you would expect from work featuring everyone from the Boxhead Ensemble's Michael Krassner (who also co-produces) to ubiquitous Chicago-scene cellist Fred Lonberg-Holm, and the Dirty Three's Mick Turner (offering melodica and loops).

While musically, the rest of the album supports such auspicious beginnings, the one drawback is Nuon's voice itself. He is a first-rate songwriter with a remarkable ability to capture mood, but unfortunately his voice is not up to the task of carrying the nuances needed to cohere with the music. Nuon's voice is certainly not intolerable, but after a few songs his vocal limitations (for me) became a pre-occupation, muddying the beauty of the music. This is certainly a matter of personal taste, but I think for some listeners it will ultimately be an impediment to fully enjoying the work.