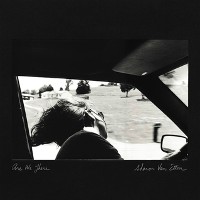 Are We There
Jagjaguwar ( http://www.jagjaguwar.com/ @jagjaguwar )

A fateful move to Brooklyn, New York in 2005 led Sharon Van Etten to the music industry. Fleeing a troubled relationship in Tennessee Van Etten found herself first back in the family home in New Jersey. After saving up money she moved to Brooklyn where she was encouraged by TV on the Radio’s Kyp Malone to record her songs. Now, almost ten years later she has four albums to her name and a talent that seems on the cusp of something great.

Are We There follows up her successful 2012 release Tramp. Having built a career on raw emotion and open wound love songs on her latest release Van Etten manages to fill out her sound without drowning out the vulnerability she’s known for.  Using a therapeutic writing style reliant on stream of consciousness lyrics she effortlessly combines heartbreak with a sensitive ear to melody and harmony.

What keeps Van Etten’s emotional releases via music alluring and not aggravating is a voice and musical instinct that at first appears gentle but is wrapped in a coarseness that sets the songs and melodies apart from diary-entry confessional songwriting. There is more to Van Etten then a broken heart. At times an even Patti Smith like quality emerges and that quiet toughness permeates even the most dramatic lyrical complaints (See: “Your Love Is Killing Me). That, and the record’s vaguely 1980s quality, as though the moment of heartbreak happened in a production studio thirty years ago and has reverbed through time to today, results in an album that at first seems melodramatic and then reveals itself as wickedly clever.