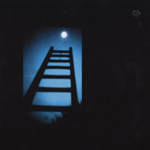 This album marks one of those special occasions you have been waiting for to open that nice bottle of wine you received last year during the holiday season. So uncork it, pour a tall glass, lounge in your seat of choice, and marvel in the sounds of Heavy Meadows. Halifax has produced one of the most comfortably tight bands I have heard in a while. Their songs possess effortless rhythms and melodies that flow without force. The rhythms are in debt to the painfully talented drummer Benn Ross (who has graced far too many bands to make note of them all), and his pairing with the fantastic upright bass playing of Jeff Wheaton. Their union of sound creates a wonderfully open playground for Seth Timothy's guitar work and Virgil Muir's vocals to float around and play within. Timothy's guitar and Muir's vocals share the melodies together, and when Muir does not sing, Timothy's guitar does. When Muir does sing, his voice lets you float away from him almost enough for you to feel lost, pulling you back when you stray too far. During the six songs on Heavy Meadows' debut release, I tried very hard to come up with some comparisons. The obvious, but not accurate, was Dave Matthews. However, this was more the fault of our brain's available heuristic than a well thought-out opinion. After thirty seconds of listening, the Matthews comparison quickly crumbled and never returned. The only trace of influence, besides improvisational jazz and folk, was a touch of Roxy Music's classic "Avalon" at the beginning of "Five of Us". This disc enjoys a subtle uniqueness that is appreciated more and more after each listen. The album - and I call it an album because thirty-five minutes of this music feels like an cohesive album and not the EP that it truly is - is an intelligent one that actually makes you feel smarter after listening to it. The music and lyrics are so mature that you may feel as though a decade has gone by in the span of a little more than a half-hour. Their follow-up, which is due for release any day, was recorded solely during the waxing phases of the moon. This extra touch of magic will undoubtedly give Heavy Meadows the attention they so rightly deserve. RECOMMENDED TRACKS: "I Remember the Theft of the Expedition", "Five of Us", "The Bridge"