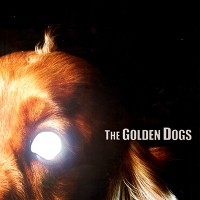 It was back on a hot, sticky night in 2005 that I instantly fell in love with The Golden Dogs.
Walking into Toronto’s Lee’s Palace we hit a literal wall of what seemed like thousands of people watching the recently reunited 54-40. It was the Saturday night of NXNE, Toronto’s annual music festival, and I have thought my night had piqued early. At 6:30 that evening I started out the night by watching The New York Dolls play an amazing set. Nothing could top that.
Once 54-40 left the stage, about two thirds of the crowd had left, leaving a much cooler atmosphere to check out a newer band, who we had heard some good things about. That band was The Golden Dogs and that band changed the way I thought about indie rock shows. They were energetic. They played with passion. The harmonies were amazing. They really stole the night.
Since that evening, I had watched the band play five or six more times. They were always great shows, but nothing had ever caught my ear quite like that first one. The band had, up until recently, released two decent records. The last being 2006’s Big Eye Little Eye. The only problem I had with the records was that The Golden Dogs are not a band that translates to record well. Without seeing the band on stage, the songs just are not that impactful. Still, both of their first two records were enjoyable enough to excite me for a third.
Well, it has taken four years, a bunch of new band members, and a noticeable change in tone, but that records has arrived. 2010’s Coat Of Arms is an interesting album. I had the chance to see the band over the summer, and they previewed most of the record live. The first thing you notice upon listening to these songs is that they are much slower. If you are looking for the energy of “Bird Song” or “Dynamo” you won’t be finding that here.
The core of the group remains unchanged. Band leader’s Dave Azzolini and Jessica Grassia are still what makes this band entertaining. If anything can be said about Coat Of Arms is that their harmonies may have gotten tighter. Slower, but tighter.
The band, which is filled out with members of the Toronto band Zeus, seems to still have a knack for writing a great pop song, but they are stripped back in comparison with the energy of their earlier work. Grassia, who takes the lead on half of the songs, is the albums star instead of the bands dark horse. The song “When The Movie’s Over” is one of the finest pop songs I have heard all year.
This is a fine album, but a let down for me because I miss the band they once were. The band clearly has grown up, and while that change seems organic and natural, it just doesn’t sit right with me.