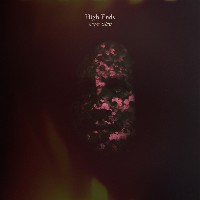 The music of Vancouver musician, Jeffrey Innes doubles as a time machine. With guitar riffs and anthemic choruses, BC-outfit Yukon Blonde (fronted by Innes) transports their audiences to the 1970s. Now with his debut solo album, Super Class, he fast-forwards one decade. The sound change makes sense; after years of near-constant touring with Yukon Blonde, the band took a break. Innes found himself with free time and (surprisingly!) energy, inspiration and desire to create even more music. He launched this solo project, High Ends. In order to make multi-layered music on his own, Innes employed an array of analogue synthesizers. Think Depeche Mode and The Pet Shop Boys. The 10-song LP explores avenues that Innes hasn’t been able to access through Yukon Blonde’s stylings, with many of them re-creating the 1980s aesthetic. But, if you listen all the way through, the album progresses and the later songs take on character well beyond the 80s. Beginning at cut eight, Innes finds balance between the then and now; creating a new sound --- a sound relevant to 2014.