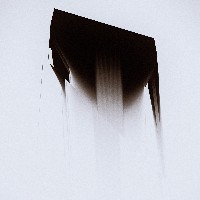 Language is a Canadian electronica album written, arranged, and composed by Torontonian David Psutka (a.k.a. Egyptrixx). With a total of nine tracks, the album is entrancing, with digitized sounds and drone vocals that correspond to simple lyrics of an emotional nature. The songs are soothing and melancholic. The sequence is impressive; it harkens back to composers of antiquity albeit in a secretive manner. There are swelling electronic crescendos that inspire, and light tinkling pianissimos that illicit ecstatic frames of mind. Thrush Hermit's Ian McGettigan, Ohbijou, and Dylan Carlson alsocontribute to the album. David Psutka, Jeremy Greenspan, and Ian McGettigan completed production for Language. Following the release of Language in September of 2012, Hiawatha supported their album on a domestic tour. Language is a new and unique album from the expansive Canadian electronica movement.